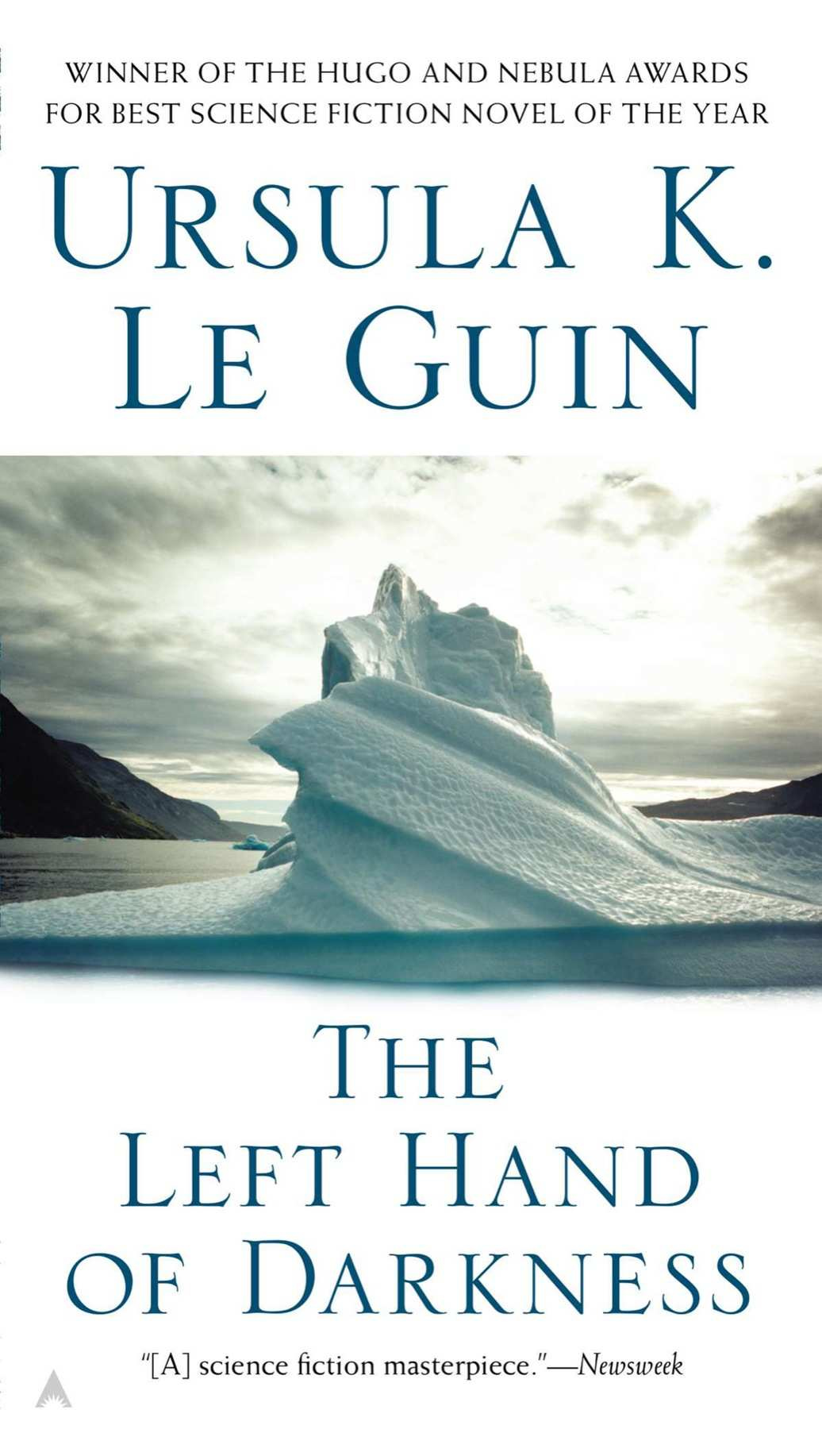 I read this book The Left Hand of Darkness over the weekend. I think, with the title, I was worried it would be a little more somber than it was, and it took me a while to start, but once I got past the third page I was hooked. The world building is immense, but Le Guin’s writing style is so engaging it never bogs down.

In the future, Earth’s humans have joined a sort of consortium with all the races of men spread across the stars by a progenitor race. All the planets in the consortium are self-governing. Since there is no faster-than-light travel in this universe, trade does happen between the planets, but it is extremely limited. Primarily the trade is of ideas.

The consortium is reaching out to a new planet of people, on the planet called Winter, which has been stuck for quite some time in an ice age, and the author has very carefully constructed a society around this reality (probably based on reading about Inuit and other northern people’s natural adaptations.) Unlike all other planets in the consortium, the people of Winter are morphologically aesexual, except for a few days each month when they become either male or female. Le Guin does believe gender influences psychology, and the book explores how all the people of a world being neither male or female most of the time influences their behavior.

Winter’s people have reached approximately a 1950s stage of technological advancement, when an envoy from the consortium arrives. This is the envoy’s story as he tries to open up Winter to the trade of ideas–Winter does have things to share, and a point of the story is that all people do, even the seemingly more primitive ones. It is also the story of one of Winter’s people who wants to see him succeed at his goal.

Unfortunately for the envoy and his benefactor, the rest of Winter thinks the envoy is lying, and great many of them want him dead. That is the source of the book’s adventure and intrigue.

The themes of opposites run through the book: darkness and light, religious and non-religious, male and female. It’s a beautiful book, and I do wish I could find out more about the Envoy’s later life after the book’s end. I highly recommend it. The Left Hand of Darkness is traditionally published, but it’s also a classic. That means you’ll probably find it at your local library. I got it through Overdrive at my local library. It’s also available at Amazon, Nook, iBooks, Kobo, GooglePlay, and Scribd (as an Audiobook).