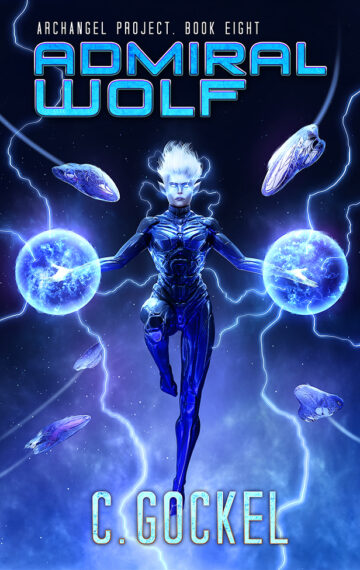 To protect the human race, 6T9 evolved with the flip of a switch and a few lines of code.

But he’s made himself a killer as well as a protector. The programming that may save humanity has driven him from Volka, the woman he loves. In the heart of the Dark’s first strike against the Republic, 6T9 must discover what he has become, who he wants to be, and who he wants to be with.

Slowly and almost unnoticed, Volka has been evolving, too. Heartbroken by 6T9’s departure, she is torn between love and duty. Accepting the latter, she takes a mission that will lead her to the edge of the universe. There, she will be tested, and her evolution will pass a point where there will be no turning back.

An android who has become more than a sex ‘bot, a mutant who has developed startling abilities, 6T9 and Volka have become more than human. The changes they’ve endured may save the galaxy, but have driven them further apart.

Will they find a way forward together, or will the bond between them be another casualty of the Dark?