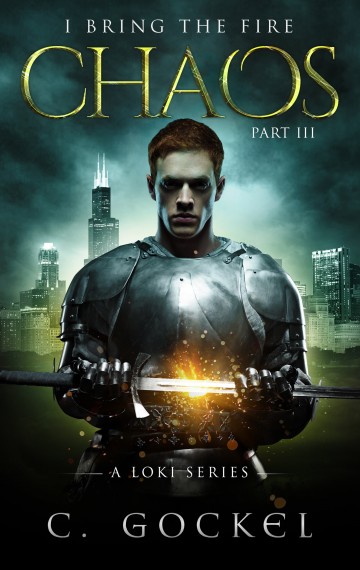 The noose around Loki’s neck is tightening. In this final installment of the Cera story arc, Gerðr, the frost giantess, wants Loki dead; Cera, the World Seed, wants his head—literally and figuratively; the FBI wants him in Guantanamo; and an old friend from Asgard wants to bring him home…whether Loki likes it or not.

Things can’t get any worse, but when Loki’s involved, it’s certain they will. In the third chapter of I Bring the Fire, humanity’s demons are unleashed on the Nine Realms and Amy Lewis and Steve Rogers get front row seats.