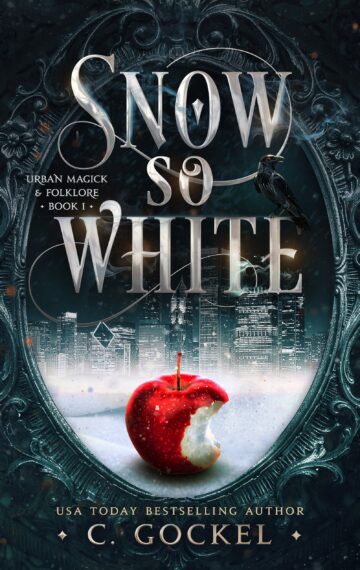 Once upon a future-time, in a city of steel, concrete, and Magick, a wicked queen trapped a mighty warrior with a curse …

In the tiny village of Somer, far from the city, Cherie knows nothing of the evil spell. Her home is a safe, Magickal place. The Fae travel freely along its roads, Magickal humans and animals are welcome, and everyone is hidden from the Queen’s sight by Jack Frost, the local ghost, who blurs the Queen’s mirror with snow and ice.

But when Jack’s spell begins to crack, the Queen’s eyes fall on Somer. Nothing will keep her from abducting all of Somer’s Magickals, not even a war with the Fae.

To avert a war, save her village–and herself–Cherie strikes a perilous bargain. Aided only by Jack and her own small Magick, she’ll set off on a quest … If she fails, she’ll lose more than her life.

A retelling of Snow White with Urban Magick, plenty of folklore, and a Princess Charming. Perfect for fans of Naomi Novik’s Uprooted and Spinning Silver.