I want to release Soul Marked at 99¢, it’s the first book in a brand new series, and I want to make it as affordable as possible. 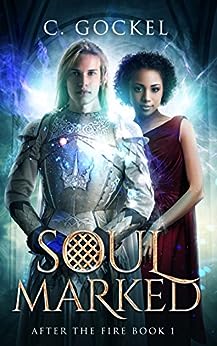 At 99¢ I can reliably count on 200 sales at release from my fans on Amazon, and about 40 sales combined on all other vendors. Even if I was to price at $2.99 that wouldn’t be enough to recoup the $1500 I have invested in editing, covers, and promotions for Soul Marked. That’s assuming I’d sell 240 books in a new series the first month at a higher price point, a huge assumption!

So I need NEW fans. By releasing at 99¢ and remaining there for a few days I hope to rank higher and get more visibility. The visibility should attract enough Kindle Unlimited subscribers to help me recoup costs within the first few months. (Hopefully by Christmas!)

Because a condition of Kindle Unlimited is exclusivity, I will not be releasing the ebooks immediately to all vendors (paperbacks will be available everywhere.)

I have been agonizing for months over this decision. I’d really like to sell my book wide and release immediately to OverDrive–the library lending system and the only way all my books are truly “free.” At the same time, I have to make business decisions based on what is best for my family, and I need to break even as quickly as possible.

If you are not a Kindle owner Kindle does offer a FREE app for smartphones, tablets, and PCs. It can be downloaded onto the new Samsung Nooks as well. I have used this app on my late and very ancient iPhone (retired just this year–an iPhone 4! The app worked terrific!) And I use it now on my new Samsung Galaxy phone.

Which leaves Kobo readers … There are ways to convert Kindle MOBI files to ePubs with Calibre. I also know that some Kindle Unlimited authors offer ePubs to fans that prove they’ve purchased on Amazon. I’m looking into the feasibility of this–primarily trying to determine if it will break Amazon’s Terms of Service. I will get back to you!

For those of you who won’t get the novel on your preferred reader, I hope the 99¢ introductory rate is at least a small consolation–I hope a story you love is a bigger consolation. (Fingers crossed.) I may at some point release wide, I just to have to see where the series stands in a year or so, see what read-thru is like, and what the demand would be on other vendors. Decisions like this are some of the worst in self-publishing, and I thank you for your understanding.